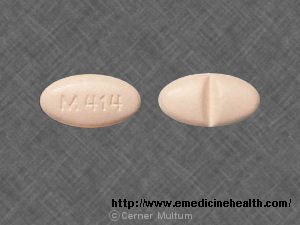 What is Fluvoxamine?
Fluvoxamine, known by its brand name as Luvox is an SSRI anti-depression drug produced by Solvay Pharmaceuticals that is used primarily to treat obsessive compulsive disorder (OCD) and social anxiety.  SSRI stands for selective serotonin reuptake inhibitors, a class of medication that increases the amount of serotonin in the body to impulsive neurological impulses and alters brain chemistry to make the patient experience a feeling of well being. The medication is taken in capsule or extended release form, once or twice a day, may be slow acting but also may become habit forming. Those that stop Fluvoxamine abruptly may enter withdrawal symptoms, so any doctors gradually reduce rather than terminate dosage.
What are the side effects of Fluvoxamine?
As with most SSRI medicines, altering brain chemistry may produce a number of side effects including pain, dizziness, nausea and sexual side effects. Fluvoxamine is especially potent when compared to other SSRI drugs and like other SSRIs may induce thoughts of suicide in individuals under 24 for preexisting suicide risks. Generally speaking, it is very risky to give any SSRI to children, due to the increased thoughts of suicide. Pregnant women especially should not take Luvox as it increases the risk of birth defects in the fetus.
Why are Fluvoxamine and Luvox controversial?
In the aftermath of the 1999 Columbine High School shootings, it was revealed that one of the two shooters had been taking Fluvoxamine and it may have contributed to his actions. In response, the medication was withdrawn from the US in 2002. Since then it has reentered the US in both controlled release and generic forms. It did not come to light until recently that SSRIs such as Luvox could potentially cause birth defects. Warning labels were added a few years ago, but prior to that, there was not much indication from Solvay Pharmaceuticals of the potential danger.
What should I do if I have been harmed by taking Fluvoxamine?
The most common lawsuit against Solvay Pharmaceuticals regarding Fluvoxamine has been over birth defects. Luvox has been found to cause development delays and respiratory problems in newborns as well as other problems that may manifest as the child gets older. An attorney can help hold the pharmaceutical company liable for negligence in failing to inform doctors and the general public about the dangers of taking an SSRI in the third trimester. Doctors too, that have not heeded recent warnings about SSRI medication and prescribed Fluvoxamine to expectant mothers have also been negligent for failing to consider the potential harm to the child.