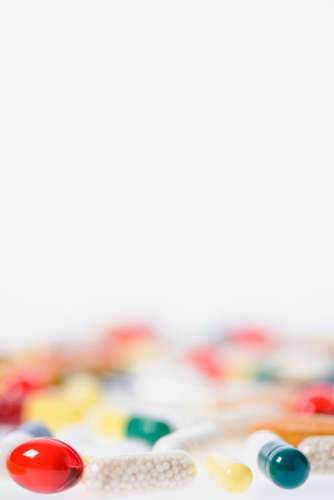 Hallucinogens are a type of illicit substances that have a deep rooted history in tradition and ceremonial rites.  There is evidence that even in prehistoric times many ancient cultures such as Ancient Egyptian, Aztec, Maya, and Ancient Greek employed hallucinogens for the purpose of communicating with spirits or deities, healing powers, divination, and coming-of-age ceremonies.  Many cultures still use hallucinogens today for shamanistic rituals, such as the Urarina of the Peruvian Amazon.
In Western culture, hallucinogens gained prominent popularity during the 1960s and were associated with the counterculture of the time.  Psychedelic drugs became an integral part of the social movements of the era and were admittedly used by prominent figures such as Allen Ginsberg, Jerry Garcia, and Timothy Leary.  It was not until 1967 that the United States took a formal political and legislative action when LSD was banned and considered one of the many illicit substances.
Hallucinogens are psychedelic and psychoactive drugs that cause changes in perception, consciousness, thoughts, and emotions. They are unlike other psychoactive drugs, such as stimulants, because the experiences they induce are beyond consciousness levels, including trance, meditations, and dreams.  They are named after the fact that they can cause hallucinations to occur, where the concept of reality is skewed and perceptions that are not actually real seem entirely realistic.
Hallucinogens can be classified into three categories: Psychedelics, Dissociatives, and Deliriants.  Psychedelics refer to perception-altering drugs, the purpose of which was to bring certain aspects of reality to the conscious mind which were not there before.  This was commonly referred to as mind expanding.  Some of the illicit substances that fit this category are:
LSD (d-lysergic acid diethylamide)
Psilocybin
DMT
2C-B
Mescaline
DOB
Ayahuasca
Peyote
Peruvian Torch
San Pedro cactus
Some of these illicit substances are entirely fabricated by chemistry means, while others exist naturally in nature, such as Psilocybin and peyote.  LSD and Psilocybin (also known as “acid” and “shrooms”, respectively) are probably the most common and widely-used out of the psychedelic illicit substances.
Hallucinogens and their effects are hard to actually qualify because there so many factors that determine the short term effects on a user.  The experience or a “trip” of using a psychedelic drug depends just as much on the drug and dosage to the environment and the individual user.  Typically speaking, LSD can be considered to have a relatively low dose, while mescaline is considered to have a high dose of hallucinogenic potency.
Some drugs will tend to affect one particular sense, while others may effect affect them all in a holistic manner.  The “trips” themselves can last from a couple of hours to even days.  Naturally, these types of drugs are non-toxic to the body and overdosing is almost an impossibility by physiological perspectives.
Dissociative hallucinogens are designed to reduce or block signals from the conscious brain.  Typically, this means that certain perceptions of the senses will be inhibited and a state of sensory deprivation will occur.  Some commonly-used dissociatives are ketamine, nitrous oxide, salvia divinorum, and DXM, which can be found in cough syrups as an active ingredient.  Salvia divinorum has been recently documented as the most powerful natural dissociative available, with effects lasting from 15 minutes to an hour, depending on the mode of administering the drug.
Like psychedelic illicit substances, there is no physically addictive properties with dissociative drugs, though a mentally-induced dependence has been documented before.  The various effects, both short term and long term, will depend on the drug and dosage being administered. Generally, as the name implies, there is a dissociation involved with the stimuli received by the senses.
In other words, the stimuli are being received but not properly communicated or are blocked by the brain.  It has been common for PCP users to say that they feel no pain while under the grips of the drug and this has proven to be dangerous in terms in effective use of judgment.  Increased heart rate and blood pressure, respiratory depression, and oxygen deprivation are common short term effects of certain types of dissociative drugs.
Deliriants are considered to be dissociative hallucinogens and are often referred to as “true hallucinogens” for they reproduce hallucinations rather alter the perception of reality.  These drugs will produce situations where a user will engage in activities with imaginary people who are not truly there.  Some of the deliriant drugs are extremely toxic plants such as datura, deadly nightshade, mandrake, and henbane.
Certain pharmaceutical drugs such as Benadryl, Dramamine, and hydroxyzine are considered deliriants under the necessary dosages.  Because they are toxic, these drugs have a more measurable effect on the body, which may include dehydration and the dilation of the pupils.  In extreme dosages, overdose is a possibility that can prove to be fatal.
Hallucinogens are considered to be illicit drugs because of the fact that their effects on the human body are still not entirely conclusive.  With various types of hallucinogens available and their diverse and varying effects upon consumption, it makes it extremely difficult to study the ways in which these drugs affect the body and mind.
Though the use of hallucinogens is still practiced with social and cultural implications in other parts of the world, the United States has labeled them as controlled substances until the effects can be widely understood and more properly researched and studied.

A Guide to Marijuana Charges in the United States

Substance Abuse: What You Must Know

A Guide to Methamphetamine Charges in the United States