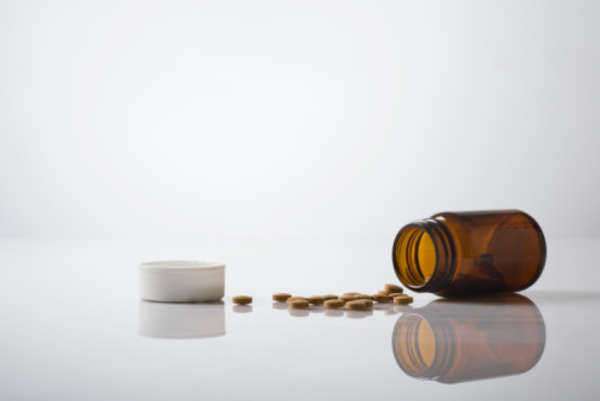 What is Ketamine?
Ketamine is a popular drug used in human and veterinary medicine. The drug is a hydrochloride salt typically sold as Ketalar, Ketanest and Ketaset. In a pharmacological sense, ketamine is classified as a receptor antagonist. At potent doses, ketamine binds opioid receptors type 2 in neuroblastoma cells. Moreover, the drug interacts with muscarinic receptors and voltage-gated calcium channels. Similar to other drugs of this classification, such as phencyclidine and tiletamine, ketamine induces a state known as “dissociative anesthesia”—the side effect sparks recreational use.
Ketamine yields a number of side effects in humans, including intense hallucinations, anesthesia, brochodilation and elevated blood pressure. Ketamine is primarily used—in conjunction with a sedative– for the maintenance of general anesthesia. Other uses of ketamine include analgesia, treatment of bronchospasm and sedation in intensive care. Furthermore, the drug has proven to be effective for the treatment of depression, particularly for patients who exhibit bipolar disorder or who have not responded to other anti-depressants. For individuals who have severe depression disorder, ketamine will produce rapid anti-depressant effects—ketamine triggers effects within 2 hours.
Ketamine: Recreational Use
Illegal sale of ketamine comes from legitimate supplies or from theft. When used recreationally, Ketamine will produce severe psychological effects that are similar to PCP or DXM. Unlike these drugs, however, ketamine is very short acting—the hallucinatory effects last roughly one hour when injected or insufflated. Similar to other dissociative anesthetics, the hallucinations sparked by ketamine use are fundamentally different from those caused by phenethylamines and tryptamines.  With a low dose, ketamine-induced hallucinations will be only noticed when the user is in a dark room or has his/her eyes closed. At a medium to high dose, the effects are more conspicuous and intense.
When used recreationally, ketamine will produce a dissociative state, characterized by an overwhelming feeling of detachment from one’s physical being and the external world. At a high dose, a user will experience what is referred to as the “K-hole”, a state of complete dissociation that closely mimics the phenomenology of schizophrenia. A user who experiences the “K-hole” will report extreme hallucinations, perceptions of free-falling, fast movements, the feeling of flight, feeling connected to the universe and thoughts with adjacent abusers.
A recreational user of ketamine will feel as though their thoughts and perceptions are located so deep within that the real world seems distant or fake. The majority of users may not lucidly remembers such thoughts after regaining consciousness; users report that their experiences with ketamine mimic intense dreaming.
Short term side effects of recreational Ketamine use include:
• Increased heart rate
• Slurred speech
• Out-of-body experiences
• Sedation
• Euphoria
• Double-vision
• Hypersalivation
• Hypertension and tachycardia
Long-Term Effects Associated with Ketamine Use:
Incessant use of Ketamine may lead to various cognitive impairments including memory loss. The first large-scale evaluation of ketamine users found that heavy abuse lead to impaired memory by several measures, including short-term, visual and verbal memory impairments. Occasional use (1-2 times per month) does not spark such side effects.
Legal Status:
Ketamine may be only used legally by health professionals or for university research purposes. Ketamine is classified by the United States Government as a Schedule III substance. According to the United States Department of Justice and the Drug Enforcement Administration Schedule III substances have a potential for abuse less than substances listed in the previous two schedules. Schedule III substances may lead to moderate or low physical dependence or a high psychological dependence.