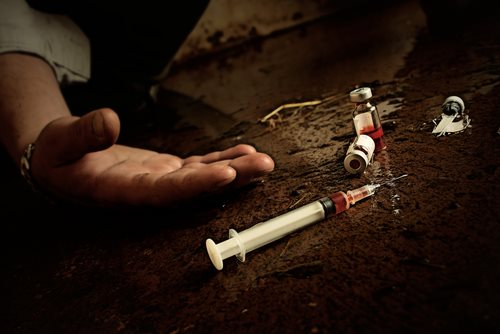 What are Recreational Drugs?
Drugs defined as Recreational Drugs are typically classified as such due to the fact that they have been manufactured in order to specifically target certain areas of both the physical body and the neurological system – comprised of the human brain and central nervous system, in order to produce an alteration or modification of the natural state of mind and body. Although the term ‘recreational’ is latent within the classification of ‘recreational drug’ use, both the physiological and legal repercussions resulting from illegal usage typically render the polar opposite of the fun expressed.
Types of Recreational Drugs
While some illegal and controlled substances are organic and natural in their purest state, other drugs – considered to be recreational drugs – are synthetic in nature and produced as a result of chemical processing and creation:
Recreational Drugs as Controlled Substances
A substance or item whose use, possession, or purchase undertaken in a legal fashion is permissible with regard to applicable jurisdictional statutory legislature; in order for Recreational Drugs to be considered as such, the individual in possession of the Recreational Drugs in question will be required to obtain the expressed permission granted from the Federal Government of the United States and the prescription of the Recreational Drugs in question from a certified medical practitioner:
Prescription medication, such as painkillers and toxic chemicals are typically ingested in order to maintain or experience the alteration of mind and body; however, the usage, possession, or purchase of Recreational Drugs considered being controlled substances undertaken without either of the requirements listed above typically result in a variety of criminal charges equivalent to criminal charges associated with illegal drugs
Marijuana is a naturally occurring, controlled-substance which is classified as a plant that sprouts from Marijuana seeds; individuals granted the expressed permission to grow Marijuana are required to be in both receipt of permission to do so mandated – and authorized by the jurisdictional government body in question; typically, Marijuana usage produces any nature of effects in the user, including lightheadedness, dizziness, confusion, paranoia, lethargy, increased hunger, and hallucination
Recreational Drugs as Illegal Drugs
In contrast to the usage and possession of controlled substances, whose legality is contingent upon authorized permission granted by regulatory institutions and professionals, Recreational Drugs classified as illegal are uniformly prohibited. The classification of these types of recreational drugs may include the wide range of illegal drugs in existence, including cocaine, heroine, and methamphetamine.
Reporting Illegal Activity Involving Recreational Drugs
In the event that you have been made aware of the illegal usage, sale, cultivation, or possession of Recreational Drugs, you are encouraged to come forward and report these offenses to local law enforcement agencies stationed within your respective residence.
Although the prospect of reporting such events may seem frightening and intimidating, a wide variety of law enforcement agencies offer the opportunity for individuals to submit anonymous tips and reports concerning illegal activity involving Recreational Drugs. Please contact the Drug Enforcement Agency (DEA) their telephone number (202) 307-1000 or your local ‘Crime-Stoppers’ organization if you have any information.

Everything to know about Adderall