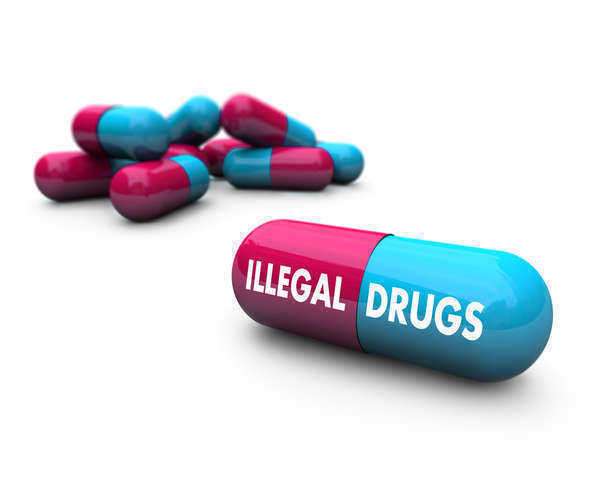 The term narcotics is often misused to refer to any kind of illicit or illegal drug or substance.  The word narcotic itself is derived from the Greek word for “stupor.”  Appropriately enough, narcotics as defined by the Controlled Substances Act is used to refer to any kind of psychoactive substance or drug that produces morphine-like effects.  However, under this classification also fall other substances or drugs that do not induce morphine-like effects, but are included to possibly denote the same level of abuse and addiction potentials.
Under this definition, any narcotic substance is one derived from opium, or is opium itself.  This goes to include all synthetic substitutes as well.  Cocaine and the coca leaves are also classified as narcotics, but do not produce the same effects from products derived from opium.
Narcotics have been found to have quite extensive use at the medical levels for therapeutic purposes.  They are often used to treat pain, induce anesthesia, suppress cough, or alleviate diarrhea.
Narcotics are administered in a number of ways, which can include orally and injection.  When used at a recreational or abusive level, many users will also smoke or sniff the drug, depending on preference and need in terms of dependability and addiction.  The effect of narcotics will largely depend on the dose, but generally they will produce a sense of well-being and relaxation.  Side-effects of the intended purpose may include drowsiness, lack of concentration, constipation, nausea, vomiting, and constriction of the pupils.  These side effects will vary depending on the dosage, but typically are intensified as the dosage increases.
As categorized by the Controlled Substances Act, the following are considered to be narcotics:
Heroin
Cocaine
Coca leaf
Hydrocodone
Methadone
Morphine
Opium
Oxycodone
Codeine
Propiram
All of the substances listed above produce a morphine-like effect, with the exception of cocaine and the coca leaf.  Cocaine produces effects that are similar to stimulants and is often classified as such under other statutes. Possession of a controlled substance defined in such a fashion is often a serious issue, as possession of a controlled substance under this definition may be restricted or outright illegal.
One of the major concerns about narcoticdrugs is their use as recreational drugs, which is part of the reason why possession of a controlled substance defined as a narcotic is a significant issue.  Narcotics that are used in strict adherence to their medical purposes are controlled and of a pure quality.  When the drug becomes abused in the streets it is often for the drug to contain traces of other illicit drugs, and thus, making its reliability as a clean product almost impossible to determine.
Furthermore, a concern that arises from the use of narcotics is the use of needles for the injection administration of heroin.  The sharing and non-sterile use of needles can lead to skin, lung, and brain abscesses, as well as the transmission of hepatitis and AIDS.  Addicts to heroin can easily contract or transmit any one of these diseases and maladies through the shared use and unclean practices during the injection of the drug.
Overdose is also a concern when using the injection method because the simple fact that drugs such as heroin acquired in the streets cannot be evaluated for its pureness. Secondly, the amount and cooking of heroin for injection is highly susceptible to human error and users can inject more than the necessary or desired amount, which may quickly lead to overdose.
Symptoms of overdose may include constricted pupils, convulsions, severe drowsiness, clammy skin, and respiratory depression.  The fact that narcotics are consumed their highly addictive nature lend for a tolerance and dependence factor to develop.  With repeated use, the effects of narcotics will tend to last shorter periods of time, thus leading illicit users to use more of the drug and more often, creating a vicious cycle of addiction.
Narcotics have been known to cause some of the more severe withdrawal symptoms because of their addictive qualities, particularly heroin and morphine.  Sweating, restlessness, watery eyes, nausea, tremors, irritability, vomiting, and severe depression are all common symptoms of withdrawal. The symptoms themselves will last from seven to ten days, but because of the craving of the drug and the symptoms’ intensity, many users will quickly revert to using again.
Narcotics themselves can be classified in natural and synthetic types.  Natural narcotics all derive out poppy seeds.  Opium and pure heroin are considered to be natural narcotics, while methadone, oxycodone and morphine are all synthetic derivatives.
Though narcotics are accepted and can be legally used and administered in a medical setting, there are severe penalties for the illicit use and illegal possession of a controlled substance.  Narcotics in particular are severely regulated, especially in terms of possession of a controlled substance, because of their inherent nature being among the most addictive and abused type of drugs or substance.
A first offense of illegal possession of a controlled substance such as a narcotic can lead up to a seven year prison sentence and/or up to a $50,000 fine.  The selling of narcotics is also strictly prohibited.  The penalties will depend on the amount in possession and also other factors such as causing the death of an individual or extreme physical harm.
Illicit selling of heroin that results in the death of the user will lead to a life imprisonment sentence or possibly even a death sentence. Though there are severe penalties for the illegal possession and selling of all controlled substances, narcotics will probably levy the most stringent and severe consequences and punishment.