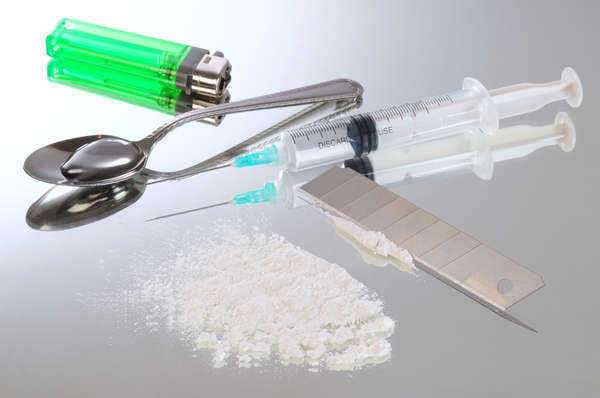 What is Crack?
Crack cocaine is the freebase form of cocaine. Crack, as oppose to the powderized form of cocaine, can be smoked. In a pure form, a crack rock will appear as an off-white nugget with jagged edges and in possession of a density similar to candle wax. Purer forms of crack rocks will resemble a hard brittle plastic in a crystal form—the crack snaps when it is broken.
Psychological Effects of Crack Cocaine:
Crack acts as an anesthetic; when smoked, the drug numbs the tongue and mouth. In addition to these physical effects, crack possesses a number of psychological effects. Crack cocaine is a substance that affects the brain chemistry of its user; when smoked, crack cocaine manipulates the brain to create a sense of euphoria, supreme confidence, a drastic loss of appetite, insomnia, increased alertness, a heightened sense of energy and most drastically a deadly craving for more cocaine.
The initial effect of crack cocaine is to release an obscene amount of dopamine—a brain chemical that induces feelings of euphoria– into the user’s system. The typical high off crack cocaine will last from 5-10 minutes; after this time the dopamine levels in the brain plummet, leaving the user horribly depressed and in need of more.
Once the high wears off, the typical response among users is to have another hit; however, the levels of dopamine in a human’s brain take an exceedingly long time to replenish causing each hit taken in succession to lead to a less intense high.
The use of cocaine in a binge fashion, during which the drug is taken repeatedly and at an increasingly high dose, will lead to a state of increasing instability, paranoia and restlessness. The administration of the drug in this setting may result in a full-blown paranoid psychosis, in which the user loses touch with his or her self and reality in general.
As a result of the effects of the dopamine levels in the brain, crack cocaine is widely thought to be the most addictive form of cocaine and one of the most addictive forms of drugs in the world.
Legal Status of Crack in the United States:
Cocaine is regarded, according to the United Nations, as a Schedule 1 drug. This classification labels all forms of cocaine, including crack, as an illegal drug for non-state-sanctioned production, manufacturing, export, import, distribution, trade, use and possession.
In the United States, cocaine is regarded as a Schedule II drug, based on the Controlled Substances Act. This classification labels the drug as having a high abuse potential but also in possession of a medicinal purpose. Under the DEA listing of schedule 1 substances, crack is not considered separate from cocaine, because they are in essence, the same drug compound in different forms.
That being said, the drugs are attached with disproportionate sentences as mandated by the Federal Sentencing Guidelines for crack cocaine versus powder cocaine. For example, the 5-year minimum sentence for trafficking 500g of powdered cocaine, will be imposed with a 100:1 ratio for the mere possession of 5 grams of crack cocaine.

Everything to know about Meth