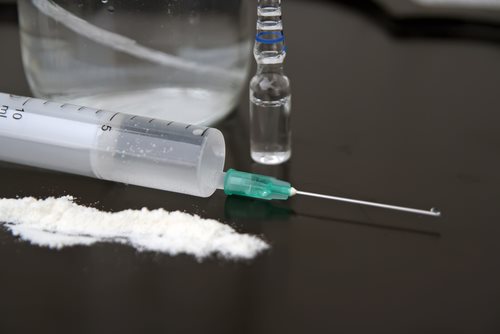 What are OxyContin Charges?
OxyContin is defined as a chemical opiate; in conjunction to the chemical properties latent within naturally occurring opiates, such as opium and Heroin, OxyContin is prescribed in order to provide for the relief of severe pain with regard to its intake –however, OxyContin is a specific, non-generic pharmaceutical, which is manufactured by Purdue Pharmaceuticals.
In many cases – due to its popularity, OxyContin is commonly used as an unofficial catchall term for Oxycode, which is the generic chemical component providing the drug with its physiological effects. Akin to all strains of Oxycode, OxyContin exists as a binding opitate, which allows for multiple chemicals to reside within single molecules inherent within synthetic opiates:
The Legality of OxyContin Charges
OxyContin charges are components of the criminal procedure undertaken in order to substantiate an individual suspect’s required appearance within a legal venue subsequent to their arrest for criminal concerning the OxyContin; OxyContin charges furnished by law enforcement agencies within the United States of America are required, due to the fact that they serve as a legally-documented account of the participation of an individual suspect with regard to illegal substances classified as illegal drugs or controlled substances.
The Determination of OxyContin Charges
The implications latent with in OxyContin charges provide 2 primary legal facets, which express both the reasons for apprehension, as well as associate punitive recourse contingent upon a guilty verdict:
OxyContin charges primarily serve as an identification of illegal activity and events within which a suspect participated concerning the illegal substance OxyContin
Secondly, OxyContin charges serve to provide legal parameters existing in conjunction with the charges furnished by the arresting law enforcement agents
The Classification of OxyContin Charges under the Controlled Substance Act of 1970
Both the regulation of – as well as the punishment applicable to OxyContin charges rendering a verdict of ‘guilty’ upon a hearing within a legal venue exist under the jurisdiction of the Controlled Substance Act (CSA), which is a piece of legislation considered to be amongst the most primary component of the overarching legislative act entitled The Comprehensive Drug Abuse Prevention and Control Act – this act was passed under the Presidency of Richard Nixon on October 27th, 1970:
Schedule I Substance and OxyContin Charges
OxyContin charges are furnished in accordance to the classification of the drug following its review during the Narcotic Drug Convention of 1961; as a ‘Schedule I Substance’, both the ideology implemented within the identification of a Schedule I substance expresses the following requirements contingent upon its classification:
A Schedule I substance is considered to retain an increased risk for addiction and abuse; with regard to OxyContin charges, this risk exists in conjunction to the addictive properties inherent within the chemical makeup of OxyContin
A Schedule I substance is considered to be absent of any or all medical or productive usages; in contrast with certain illegal drugs, OxyContin is not considered to retain any medical or health benefits upon its usage
A Schedule I substance is considered to be absent of specified or identifiable terms, conditions, or guidelines with regard to safety measures concerning its usage – as a result, Schedule I substances are considered to retain high proclivities for overdose