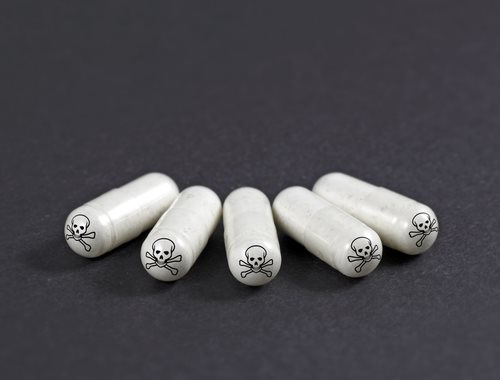 What are Ecstasy Charges?
Ecstasy, which is a colloquialism used for the identification of MDMA or 3,4-Methylenedioxymethamphetamine is classified as a recreational or ‘party’ drug typically taken as a result of its tendency to elicit euphoric and intoxicating feelings within the user; however, the use of Ecstasy has also been linked to a variety of illnesses, diseases, and untimely death.
The regulation of Ecstasy took place in 1988 through an Amendment to the Controlled Substance Act (CSA), which is a piece of legislation considered to be amongst the most primary component of the overarching legislative act entitled The Comprehensive Drug Abuse Prevention and Control Act – this act was passed under the Presidency of Richard Nixon on October 27th, 1970:
Ecstasy charges primarily serve as an identification of illegal activity and events within which a suspect participated concerning the illegal substance Ecstasy; the classification of these actions serve as not only gradients categorizing the events in question, but also as delineations between the various Ecstasy charges in existence – both the possession of key ingredients and components concerning the manufacturing of Ecstasy typically mirror the charges applicable to possession of the drug itself
Secondly, Ecstasy charges serve to provide legal parameters existing in conjunction with the charges furnished by the arresting law enforcement agents; akin to the large majority of statutory legislation within the United States, the severity of Ecstasy charges vary in accordance the degree of severity of the criminal activity undertaken
The Classification of Ecstasy Charges under the Controlled Substance Act of 1970
Located in Title II of the Comprehensive Drug Abuse Prevention and Control Act, the Controlled Substance Act addresses and classifies the illegal usage, sales, and cultivation undertaken with regard to the wide range of individual substances considered to be illegal both in nature, as well as upon misuse or unauthorized possession.
Ecstasy charges furnished by the CSA not only provide a legislative classification of the drug itself, but also the parameters within which prosecution concerning Ecstasy required adherence. The following legislation is furnished with regard to Ecstasy charges:
Schedule I Substance and Ecstasy Charges
Ecstasy charges are furnished in accordance to the classification of the drug as a ‘Schedule I Substance’; the ideology implemented within the identification of a Schedule I substance expresses the following requirements contingent upon its classification:
A Schedule I substance is considered to retain an increased risk for addiction and abuse; with regard to Ecstasy charges, this risk exists in conjunction to the addictive properties inherent within the chemical makeup of Ecstasy
A Schedule I substance is considered to be absent of any or all medical or productive usages; in contrast with certain illegal drugs, Ecstasy is not considered to retain any medical or health benefits upon its usage
A Schedule I substance is considered to be absent of specified or identifiable terms, conditions, or guidelines with regard to safety measures concerning its usage – as a result, Schedule I substances are considered to retain high proclivities for overdose