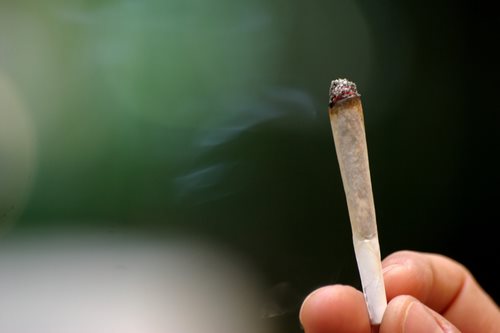 The Hidden Dangers of Smoking Marijuana
Although the intake of Marijuana can be undertaken through a variety of methods, which include the rendering of Tetrahydrocannabinol (THC) found in Cannabis, which is considered to be the potent chemical within the Cannabis plant responsible for the intoxication effect resulting from Marijuana usage, arguably the most common method enacted with regard to the intake of Marijuana takes place through Smoking Marijuana.
Due to the fact that THC is absorbed into the blood stream through its introduction to the respiratory system, the result of Smoking Marijuana typically adjusts, alters, or modifies physiological behavior and activity:
Smoking Marijuana elicits chemical change within the neurological system – comprised of the human brain and central nervous system, and as a result, Smoking Marijuana produces a wide range of effects in the user, including lightheadedness, dizziness, confusion, paranoia, lethargy, increased hunger, and hallucination
Smoking Marijuana is widely considered to be a ‘Gateway Drug’ due to the fact that it may be regarded as a less severe or intimidating narcotic; however, studies show that Smoking Marijuana oftentimes results in not only the continuation of future drug use, but also the development of additional habits of the illegal usage of drugs
Smoking Marijuana classified as medicinal Marijuana involves the intake of a specific strain of Cannabis deemed to be valuable and effective in the treatment of a number of medical illnesses, which includes certain types of cancer and glaucoma; in the event that you are smoking Marijuana illicitly or fraudulently prescribed or unlawfully attained, you are in violation of the law
When Smoking Marijuana Becomes an Addiction
Although a widespread debate has formed around the degree of implicit risks and dangers of Smoking Marijuana, unauthorized ingestion of any nature of illegal drug or controlled substance is considered to be unlawful and punishable; however, while many people may not be aware of the dangers latent within habitually Smoking Marijuana, the following behaviors and events may assist those who habitually partake in Smoking Marijuana in avoiding a potential drug abuse situation:
If your habit of Smoking Marijuana gets in the way of your daily responsibilities and interests, you may be at risk for developing an addiction
If you participate in dangerous, reckless, and generally risky behaviors subsequent to smoking Marijuana, you may be at and increased risk of addiction
If your habit of Smoking Marijuana has affecting your personal, familial, or romantic relationships, you may be at risk for developing an addiction to Marijuana
If your habit of Smoking Marijuana has resulted in your arrest for criminal activity, you may be at an increased risk for development an addiction to Marijuana
Reporting the Misuse of Marijuana
Regardless of the degree of usage or quantity of Marijuana – or any other type of illegal substance – illegal Marijuana use, possession, and sales are a very serious offense, which risk damage, harm, and destruction onto individual wellbeing, as well as the community at large. Please contact the Drug Enforcement Agency (DEA) their telephone number (202) 307-1000 or your local ‘Crime-Stoppers’ organization if you have any information.

What You Need to Know about Drug Rehab