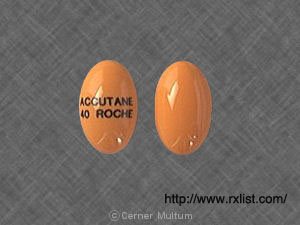 What Is Accutane?
Accutane is the product name for Isotreinoin. Accutane is a medication developed by Hoffman-La Roche for acne treatment. Isotreinoin is a naturally occuring derivative of vitamin A but the drug, Accutane, involves heavy doses of isotreinoin and is used to treat severe and scarring types of acne. Other uses for Accutane include treatment for some forms of cancer and for some severe skin conditions.
What Are The Side Effects?
The common side effects of Accutane use include lips, dry skin, nosebleeding, joint and muscle pains and temporary hair thinning. Although these are considered to be the most common of the side effects attributable to Accutane, the most dangerous side effects attributable to the drug are inflammatory bowel disease, depression and birth defects. Although these cases are rare, they have proven to have long-term, disastrous results.
INFLAMMATORY BOWEL DISEASE
Inflammatory bowel disease is the name for a common group of ailments that cause reddening and swelling of the intestines. Inflammatory bowel disease comes in two major forms, Crohn's disease and Ulcerative Colitis. Crohn's disease usually causes open sores along the length of the small and large intestines. Ulcerative colitis causes ulcers in the lower part of the large intestine. Both Crohn's disease and Ulcerative colitis can damage the rectum and in some cases cause rectal cancer.
The symptoms of ulcerative colitis is a loosening of the stool which will be bloody and associated with severe abdominal pain. Ulcerative colitis is also characterized by skin lesions and pain in joints. The symptoms of Crohn's disease are very similar and about 10% of all cases are unable to be distinguished as ulcerative colitis or Crohn's disease.
BIRTH DEFECTS
Within months of Accutane being released onto the market there were signs of birth defects resulting from exposure. Exposure to the drug by pregnant women has resulted in birth defects similar to those seen in Thalidomide. Even minor amounts of Accutane that reach a fetus can result in numerous abnormalities. Excessive spontaneous abortions have been attributed to the drug as well as numerous birth defects including skull and ear abnormalities, faial dysmorphia, cleft palate, cerebral abnormalities and cardiovascular abnormalities.
GOVERNMENT REGULATIONS
Over concern for the great risk of deformaties associated with the use of Accutane amongst pregnant women the government has been fully involved with attempting to regulate Accutane exposure. In 1988 the government attempted to regulate Accutane after it was discovered that physicians were overprescribing Accutane and in some cases prescribing the drug to pregnant women. The idea behind the regulation was to have physicians more informed about the drug and possibly only allow certain physicians to prescribe the drug. This regulation did not pass but as a result of government intervention the warning labels for the drug were required to be twice the normal size and have a picture of a fetus. In 2002 the government finally created an initiative called iPLEDGE that requires physicians to get extensive training on the administration of the drug. In 2009, due to extensive lawsuits Hoffman-La Roche discontinued the production of Accutane.
LAWSUITS
Lawsuits involving Accutane have become commonplace in recent years. As of 2011 there are 4,000 plaintiffs awaiting trial to sue Hoffman La-Roche for various conditions resulting from the use of the drug. Recent cases have resulted in a $2.6 million dollar verdict for a New Jersey resident who had to have his colon removed due to Accutane induced irritable bowel disease. A $2.2 million dollar verdict for a woman whose baby was born with severe heart and brain disease. A case involving actor James Marshal, which began in February, contends that his acting career was destroyed due to Irritable Bowel Syndrome caused by the drug.
What to do if I have illness due to Accutane exposure
If you or someone you know has been exposed to Accutane and have developed any conditions associated with the drug or have had a child born with birth defects after taking the drug Accutane you should immediately consult a physician. If the diagnosis involves Irritable Bowel Disease, Crohn's Disease, Ulcerative Colitis, Depression, Birth Defects or any other conditions associated with Accutane you should consult a personal injury attorney familiar with Accutane class actions lawsuits. The timeliness of a claim for this stems from a number of factors including jurisdiction, when you started Accutane and when your symptoms began. For this reason it is important to get the appropriate legal advice.