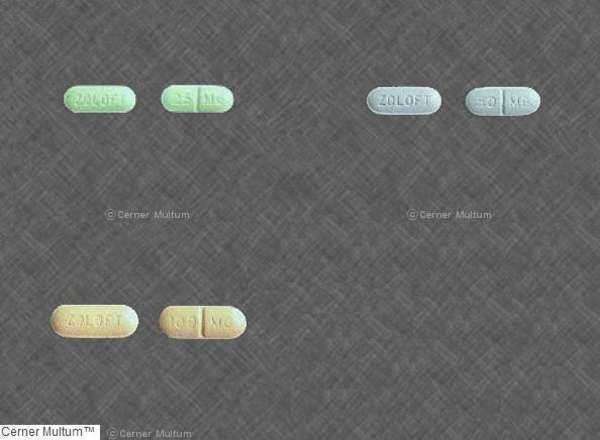 Is Zoloft a Dangerous Drug?
More Americans are using sertraline (brand name Zoloft) to treat their depression than ever.  As of 2007, Zolofts were taken by more Americans than any other medication in its class.  If you've been prescribed this drug, you may want to know if it has the potential to be dangerous.  If you've already experienced severe side effects, you may want to know what your legal options are and what your next steps should be.  This guide will explain how Zolofts are used and the side effects, both minor and serious, of this medication.  You'll also learn how to consult with an attorney if you've been hurt by this potentially dangerous drug.
What is Zoloft Used For?
Zolofts belong to a category of drugs called selective serotonin reuptake inhibitors.  This is the most common type of antidepressant, and drugs like Prozac and Wellbutrin are related to it.  These drugs help alleviate the symptoms of depression by changing the balance of serotonin in the brain.  Zoloft is commonly used as a substitute for tricyclic antidepressants, which can have extremely severe (and very common) side effects.
Sertraline is considered more effective than several other antidepressants in its class, and studies have shown that it can also make a positive impact on symptoms of obsessive-compulsive disorder, panic disorder, social phobias, body dysmorphic disorder, and post-traumatic stress disorder (PTSD).  Zolofts can also be used to assist women who have pre-menstrual dysphoric disorder (PMDD), a severe type of PMS that interrupts daily activities.
What Are the Side Effects of Zoloft?
Although Zolofts can be superior to other drugs in their class for treating some types of depression, their side effects can range from disconcerting to deadly.  Nearly half of patients who have been prescribed Zoloft experience sexual dysfunction, typically including a loss of sexual interest and (in men) a physical inability to achieve erection.  Orgasm dysfunction is also common, with many men and women having difficulties achieving orgasm after beginning treatment.  In rare cases, orgasm may no longer lead to pleasure and the genitals may feel numb.  These side effects may persist for years after you have stopped taking Zoloft.
Diarrhea and nausea are also common side effects, as is sweating that is unexplainable due to temperature.  Dry mouth is commonly reported, as is drowsiness, dizziness, and tremors.  Rarely, sertraline causes insomnia as well.  One unusual side effect of Zolofts is called akathisia, which consists of restlessness and inability to refrain from moving.  Unlike sexual side effects, akathisia usually stops very quickly after a patient stops taking Zoloft.
For pregnant women, taking Zolofts is a particularly dangerous proposition.  Sertraline crosses the placental barrier in the womb, exposing the developing fetus to high amounts of the chemical (up to a third of the mother's exposure).  Using Zolofts in your first trimester of pregnancy may result in birth defects including missing limbs, undeveloped anuses, and problems with the septum, which divides the baby's nostrils.
How Serious are Reported Side Effects of Zoloft?
While most side effects of Zoloft are not life-threatening, several major side effects can be deadly if patients and their doctors don't watch out for it.  Like many antidepressants, Zolofts can actually heighten suicidal ideation and increase the likelihood of a suicide attempt.  The reasons for this counterintuitive effect are still being debated, but it is important to talk to your doctor if you experience feelings of hopelessness or feel suicidal after starting to take Zoloft.
Zoloft is also potentially deadly in two specific circumstances: when patients overdose, and when they stop using the medication suddenly.  Overdoses can lead to a fast, irregular heartbeat, vomiting, and seizures.  Overdosing on this medication can be fatal, so if you believe you have taken too many Zolofts, you should contact your local Poison Control Hotline or go to the emergency room immediately.
Stopping your medication suddenly can also be very dangerous.  Intense mood swings and vivid nightmares are common when people stop taking Zoloft all at once, and some people report strange headaches or “electrical” feelings in their bodies.  These side effects can be dangerous on their own, but are even more dangerous if they trigger a major depressive episode or suicide attempt.  Anyone attempting to stop taking Zolofts should contact their doctor for a medication protocol that slowly lowers your dosage.
Have You Been Injured by Zoloft?
If you or a loved one has been hurt because they took Zolofts (including women whose babies had congenital defects as a result of sertraline use in the first trimester), you should contact a product liability attorney as soon as possible.  Some product liability attorneys specialize in suing companies that manufacture and sell dangerous drugs like Zoloft.  You may be eligible to receive compensation for your economic damages, as well as your pain and suffering and loss of enjoyment of life.
One of the best ways to find an attorney to take this kind of case in your area is to talk to your local bar association's lawyer referral service.  Often, these services can link you for free to an attorney in your area who can take your case.  You'll tell the referral service what issues you have had and why you need a lawyer, and will be referred to attorneys who specialize in cases like yours.  Usually, this process takes only a few minutes, and can save you time instead of doing long web searches that fail to yield a lot of useful information.
Initially, you'll schedule a half-hour consultation with the attorney you are referred to.  This consultation is generally free or very low cost, and allows you to get a feel for the lawyer before committing to hiring them for your case.  You can ask any questions you like during this consultation, and even if you don't hire the attorney you speak with, they are obligated to keep your information confidential.  Make sure to bring all documentation relating to your Zoloft prescription, as well as information about your injury, to your initial consultation.